For eight months now, NATO has executed an open crime against a sovereign African state and called it a democratic revolution.  Libya was a stable, prosperous, debt-free country in Africa until it came under attack in February.  The United States and the European Union cynically seized the opportunity provided by the genuine people’s movements in Tunisia and Egypt where the Western backed administrations were forced to remove their heads of state in attempts to manage the popular democratic movements in the streets.  The U.S. and E.U. rapidly exploited the monarchist and “Islamist” resentment long present in Benghazi.  The democratic aspirations of this opposition in Libya was dubious from the beginning, and within days of the actual opposition demonstrations that were not unusual in Benghazi, the “peaceful demonstrators” attacked a police station and suddenly emerged as a full-fledged armed faction.  That U.S. and E.U. country Special Forces and intelligence forces had been on the ground from the very beginning arming and guiding what has become the National Transitional Council has become clear, and who denies the fact?

Even now, as this coalition claims to be the true and legal representatives of the wishes of the Libyan people, they represent maybe 5 percent of Libyans.  They are an illegitimate entity thrust upon Libya by the force of NATO military power, and still they have not defeated the Jamahiriyah, the People’s Government of Libya.  Through their actions, NATO has declared once again that no country can impart upon an independent path of development and an indigenous, culturally specific experiment with democracy.  The West claims a monopoly on the meaning, form and practice of democracy, and the intellectuals, journalists and pundits in the West have shown themselves unable to remove the prejudices that convince them that democracy must look like and smell like the elite bourgeois democracy of the imperial countries.  These are the same liberal bourgeois republics and constitutional monarchies that have perpetrated more than two hundred years of slavery, colonialism, and genocide attendant to capitalist production over the centuries.  That doesn’t smell very good!

Through mainstream media, these professional talkers and writers made and continue to make the ground and air war palatable.  Mainstream capitalist media rarely break with the official story offered by government.  However on Libya, they have aggressively disseminated misinformation about Libyan society and the character of the uprising.  Not every rebellion is a revolution. The media’s uncritical representation of the factions that would become the NTC cast them as democratic freedom fighters rather than investigate their reactionary monarchism and fundamentalism.  Moreover, the media all but ignore the aggressive genocide taking place against the native Black population and migrant worker population.  Early in the conflict, media spread the lie of “African mercenaries,” thus facilitating attacks against dark skinned Libyans and other Africans.  Again, mainstream media reproduce the official story as a matter of course.

Unfortunately, the mainstream, corporate, pentagon friendly media were joined in the demonization of Gaddafi and the misrepresentation of the Jamahiriyah by the standard of progressive and liberal media in the United States, Democracy Now! and the Pacifica Network.  Progressive/liberal media characterized the rebellion that began in Benghazi as a revolution rather than the counter revolution that it is.  They provided airtime for opposition spokespersons and their supportive progressive and liberal analysts and pundits, which betrayed an antipathy to African and Arab revolutionary nationalism.  They offered little to no air to voices in support of the Jamahiriyah; neither did they report on its democratic processes, again reproducing the government narrative.  Those voices that make it onto Pacifica stations are brought on by independent producers like Dedon Kimathi at KPFK in Los Angeles and J.R. Valrey of Block Reportin’ at KPFK in Berkeley.  Progressive/liberal media has been consistent in its unity with the mainstream on the question of Libya, revolutionary nationalist governments like Zimbabwe, and war in Africa, assuming their place in the continuum of the hegemonic narrative of empire.  Much of the establishment Black press was only slightly better, refusing to criticize Obama directly, or doing so only obtusely, even when covering the anti-black violence of the NTC brigades.  Tied to the two-party system, and especially the Democratic Party, the imperative to re-elect the undeserving Obama supersedes the duty to defend what was the most advanced country in Africa in regard to the human development of the population and a government that reached out to African Americans as members of the Pan-African nation.  The Nation of Islam’s The Final Call’s coverage has been, on the other hand, exemplary.

Libya is the northern front in the re-assault on Africa.  NATO countries engage in proxy war in Somalia while French troops continue muscularly to prop up the imposed government of Alassane Ouattara in Cote Ivoire, and now with troops on the ground in Central Africa, the U.S and Europe through AFRICOM has increasingly militarized their activities on the continent.  These powers cannot abide African independence, nor will they allow China to continue to pursue its agenda in Africa unchallenged.  As during the Cold War of the Twentieth Century, the US and EU again show their willingness to use African and Asian bodies in hot war to frustrate the interests of their competitors, this time capitalist-communist China.  Where ever the U.S. and Europe are present in Africa, the countries are destabilized and in debt, and the people suffer.  Despite their democratic rhetoric, their humanitarian rationalizations, and promises of economic growth, the Western presence in Africa, whether through diplomacy, covert and overt military intervention, economic investment, or settler channels, remains toxic.  Now the poison flows through Libya, literally, as NATO has bombed both land and water with depleted uranium.

During the 1960s and 1970s, socialist and progressive sectors around the world recognized the heroism and the correctness of the Vietnamese people in their struggle against the U.S. inheritors of the French colonial project in Southeast Asia.  The Vietnamese fought the most powerful military in the world and won the victory.  Their struggle inspired revolutionaries across the Global South and among internal colonies in the Global North.  Today Vietnam is a sovereign country.  Despite a number of independent journalists’ (e.g. Lizzie Phelan, Webster Tarpley, Stephen Lendmen, Gerald Perreira, and Thierry Meyssan) challenges to the dominant narrative on Libya, easily accessible on the internet and sometimes on cable news outlets like RT News, Libya still suffers from gross misrepresentations of the experiment in direct democracy and socialism embodied in the People’s Committees of the Jamahiriyah.  Western professional progressives rarely take the vision expressed in the Green Book seriously, routinely falling into the “eccentric, flamboyant” Gaddafi” lazy reporting trap.   The failure of what passes for leftist analysis in much of the U.S. and Europe to recognize the progressive and genuinely popular character of the Jamahiriyah makes them complicit in the disaster called the NTC that has befallen Libya.  Nonetheless, the Libyan people continue to fight against the most powerful military alliance in the world, NATO.  The NTC is nothing without NATO.  The Green Resistance continues to fight.  Libya is Vietnam.  Can the Green Resistance rely on international support?

Libya is also Spain in the 1930s.  During that struggle, the capitalist governments of the West stood by and watched the fascists bleed Republican Spain, despite material support from the Soviet Union, because in fact, they cared more about capitalist social relations and profits than they cared about democracy and the will of the Spanish people who elected the popular government.  Today, they have destroyed the infrastructure of the most stable African country outside of Southern Africa, bombing them incessantly in support of racist, fascist and monarchist forces in the NTC who would have been defeated months ago if not for NATO air war.  This time Russia failed to veto the key vote in the UN Security Council and can’t offer the same kind of material support, despite their distrust and defensive position vis-à-vis NATO.  Their criticism of NATO since then, even as it helps challenge NATO’s narrative, still rings somewhat hollow.  During the Spanish Civil War, progressive forces around the world organized themselves into international brigades to support the Spanish Republican and Loyalists forces materially and as brothers and sisters in arms.  Can the international brigades today fly to Libya’s aid?  Can African revolutionaries fight in Libya, knowing that the fight for Libya is the fight for Africa, and not care if they are called mercenaries?  What national African military will join the Green Resistance in its battle against a virulently anti-black, racist force in the NATO/NTC and the mercenaries they are now flying into Libya, like Xe (formerly Blackwater)?

Of course, now it is not so easy to offer material support or even ideological support to revolutionary movements.  In the world of the Patriot Act, heightened security measures and full spectrum surveillance, one can quite quickly be arrested and disappeared for aiding and abetting “terrorism” if the group or movement one supports has been classified as a terrorist organization.  Power has been very careful to police the degree to which groups and movements engaged in anti-imperialist and revolutionary struggle can be helped by exile and solidarity formations.  The kind of fund raising and support that the ANC, the PAC, the PAIGC, the PLO, the IRA, the FMLN and similar movements enjoyed in the 1960s, ‘70s and ‘80s into the ‘90s is mostly illegal now.  The governments of the NATO countries will not likely look easily on activists among their own citizens and residents dedicated to restoring the people’s government they have spent so much money and time bombing.  The formation of a group like C.I.S.P.E.S. (Committee in Solidarity with the People of El Salvador) or Witnesses for Peace who worked to support citizens and revolutionary parties in El Salvador and Nicaragua during the 1980s grows increasingly difficult in the current surveillance climate.  Even so, those of us committed to African sovereignty, African continental and diasporic integration, to socialism and people’s democracy, and to a brighter future for humanity need to find ways to support the Green Resistance in Libya.  We need to find ways to be international brigades for Libya.  Free Libya is Green Libya.

More than two hundred years of the dictatorship of the bourgeoisie is long enough.  Liberation struggles and revolutionary governments must be supported despite differences on some ideological points.  The fate of an individual is not what is at stake.  Despite his defamation in the mainstream Western press, Gaddafi is being mourned by millions in Africa and around the world.  This attack has short circuited the move toward African continental integration that Gaddafi championed.  He acted independently in the interests of Libya and Africa, and offered real material support for the integration of Africa under one, gold standard currency, one army, and continental governing institutions.  He supported revolutionary and national liberation struggles around the world.  He was a genuine anti-imperialist.  For many of us, the opinions of Minister Louis Farrakhan, Ms. Cynthia KcKinney and Warrior Woman of the Dine Nation matter more than the opinions expressed by the U.S. State Department and 10 Downing Street and disseminated by the New York Times, Le Figaro, CNN, AL Jazeera, et al. The Jamahiriyah is a genuinely popular government that has come under attack by the most powerful and advanced militaries in the world, yet they continue to hold out despite the loss of the revolutionary leader.  Who speaks out?  Who can help restore Libya and a united Africa?  NATO, the UN and the NTC trivialized the African Union during this debacle, rendering the body all but ceremonial.  Will they now stand up and assume the real leadership necessary to make themselves relevant, or is overcoming their class allegiance to the Western bourgeoisie just too much to fathom? That’s probably too much to expect from a class trained to protect the interests of its benefactors in order to protect its own narrow interests.  I guess this great task is up to the world’s African workers and peasants. 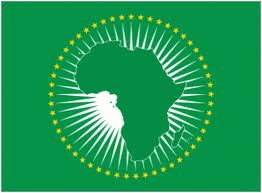