On the façade of the Los Angeles Sentinel office on Crenshaw Boulevard, two banners hang: one banner reproduces Shepard Fairey’s brand image of Obama and declares the Crenshaw neighborhood “Obama Country” while the other banner encourages the Black community to continue to support the President and defend him against attacks from his critics.  Dr. Jared Ball recently interviewed Ishmael Reed about Reed’s new book discussing the attacks on President Obama from the political Right and the political Left, Barack Obama and the Jim Crow Media, or the Return of the “Nigger Breakers” (voxunion.com Dec. 31, 2010). The interview very quickly became contentious as Dr. Ball challenged Dr. Reed on what seems to be Reed’s unwavering support for Obama.  Dr. Reed correctly identifies the explicit and implicit racism coming from the U.S. political Right; however, the interview reveals a reactionary tendency to protect Obama from Leftist critics as well, including his Black Left critics.

Reed is joined in this by Amiri Baraka, a long time radical activist and defender of Black humanity.  This prevailing policy of supporting the President at all costs undermines the best intentions of Black defenders of Obama and his administration, if they intend the liberation of Black communities; this policy gives Black people what they don’t need: a reason to support a leadership whose actions demonstrate an antipathy to total Black freedom.  Obama is neither a friend nor a defender of Black people, and although we can recognize the racist anxiety his tenure in the White House has stirred in the U.S., and recognize the real danger that implies and provokes, we must not allow that recognition to blind us to attacks on the African world his Presidency facilitates, within U.S. borders and abroad. 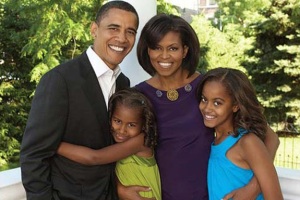 Support for Obama continues to be based on the fact of his blackness, his undeniable African descent.  We luxuriate in the presence of the First Black President, a Black First Family, young, vital, beautiful, solid and intact.  We celebrate the example the Obamas set for our children.  Because they strike such a glorious pose in stark contradiction to the ordinary portrayal of Black families mired in disarray and conflict, Black people are encouraged to support Obama.  Dr. Frances Cress Welsing, the brilliant Black psychiatrist and author of “The Cress Theory of Color Confrontation” and The Isis Papers, has spent her career deconstructing the symbolic narratives of the global system of white supremacy.  Yet she has also called for Black people to get behind the President and make sure he is re-elected as a practice of self defense of the Black community and self love because the image of an intact, in love Black family in the White House works against the constant negative programming defaming Black people and Black families.  But the U.S. Presidency is the preeminent purveyor of white supremacy in the world, and the First Black President has been unable to mitigate that fact.  In fact, he has aggressively pursued a belligerent policy against the global African world.

Since the murder of Oscar Grant, more than twenty U.S. Africans have been killed by U.S. police agencies, and 2 more hospitalized.  That, I’m sure, is an under count.  These have included Imam Luqman Abdullah of Dearborn, Michigan, accused of running guns to terrorists, but found shot in the back wearing handcuffs, DeCarlos Moore, James Rivera (15 years old), Tyron Lewis, Brandon McCleland, Troy Joiner, Shaquista Johnson, Deonte Rollins, James Davis, Danroy Henry, Jr., and 7 year old Aiyana Jones, killed while sleeping on her couch with her grandmother.  The police raided her home and an adjoining apartment in the kind of military operation commonly used as a policing technique.

The child was hit by the flash grenade shot into the room and shot in the neck.  The Detroit police had the wrong apartment, but they knew that. That’s why they raided both apartments, putting innocent people at risk as a matter of policy.  Law professor Michelle Alexander describes the practice in her recent book The New Jim Crow: Mass Incarceration in the Age of Colorblindness: “In countless situations in which police could easily have arrested someone or conducted a search without a military-style raid, police blast into people’s homes, typically in the middle of the night, throwing grenades, shouting, and pointing guns and rifles at anyone inside, often including young children.  In recent years, dozens of people have been killed by police in the course of these raids, including elderly grandparents and those who are completely innocent of any crime” (74).  This is Obama’s United States, same as Bush’s United States.

The ascendency/selection of Obama to the U.S. Presidency cannot be allowed to cover over the ugly soul of U.S. society and imperial reach.  The fact of his blackness in the seat of power does not equal Black Power.  President Obama has sworn to uphold the interests of the United States.  The interests of the United States are directly opposed to Black independence worldwide and domestically, despite its constant rhetoric and self-projection as the preeminent promoter of democracy and human rights.  The President of the United States serves the ruling class of the United States, and the ruling class of the United States demands maintenance of the status quo, the rule of capital and the rule of whiteness.  Conservative writer Andrew Sullivan was very direct about the meaning of Barack Obama’s election.  During the 2008 presidential campaign, on Real Time with Bill Maher and on The Colbert Report, Sullivan passionately explained that having Obama in office, someone who looks like the world at large, would facilitate the agenda of the West.  He would be perceived, at least initially, as one of them and thus sympathetic to their interests.  In short, he would be a stealth operative hiding in the open in white North America’s and Europe’s campaign to maintain global hegemony, to maintain the rule of capital and the rule of whiteness. 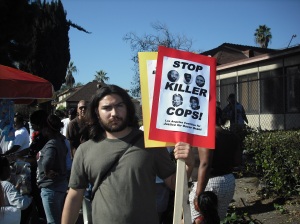 Unwavering support of President Obama becomes unwavering support for U.S. Empire and continued internal colonialism domestically.  Africans worldwide must be able to describe and expose the virulent racism energizing right wing opposition to President Obama and at the same time recognize, describe, and oppose those policies detrimental to Black life and development coming forth from the Obama administration.  We must also recognize that President Obama not only acts within the structural limits of a U.S. State designed to maintain the rule of capital and whiteness, but that he actually believes what he is doing is correct.  This is who he is, a corporate Democrat, attuned to the needs of Wall Street, and an admirer of Ronald Reagan.  We should take him at his word when he says Reagan was correct to attack the “excesses of the 60s and 70s.”  Does he mean an excess of freedom? 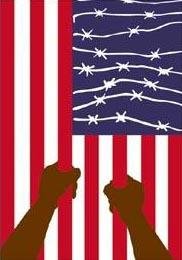